Storage Mart > Blog: Life Unboxed > Moving and Storage Tips > Is the Fall a Good Time to Sell a House?

Is the Fall a Good Time to Sell a House? 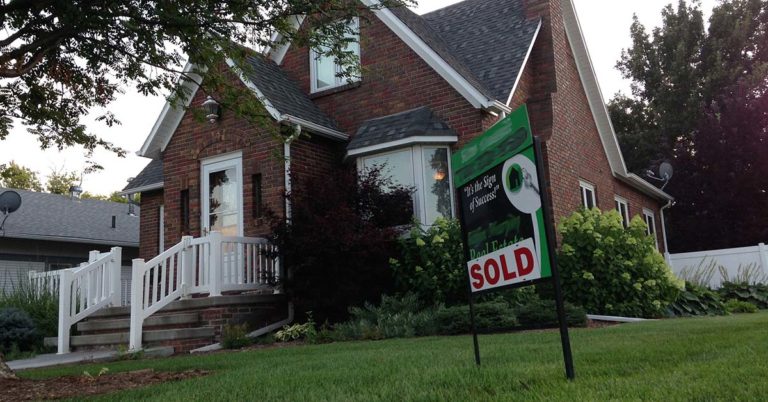 Smart Tips for Selling Your Home This Fall

September means an explosion of fall colors, kids going back to school, and warm apple pies cooling on the counter. For many, selling a home in the fall just doesn’t make sense. After all, why would you want to disrupt your pie making and school shopping?

As it turns out, there are plenty of benefits to selling a home in the fall, and these just don’t exist at other times of the year. It’s a matter of taking your blinders off and being willing to think strategically about how to sell your home in the fall. When selling your home, tips can come in handy. Read on to discover some useful ones

Okay. First things first: It is true that, statistically speaking, the “best” time to sell a house is in the spring.

This only accounts for part of the story, though, and a small portion of it, really. Geography plays a big role in spring home sales, meaning the curb appeal of your home in the spring holds more sway in regions where there are four seasons and the grass only looks nice for about 20 minutes a year. Potential homebuyers have to see those yards before the flowers wilt and the snow comes.

We exaggerate a bit, but not by much. If you live in the Southwest or the South, your yard is going to have curb appeal pretty much year-round. The flowers will always be in bloom, and your grass will still look like grass rather than a green cupcake with white frosting on top.

It’s also important to note that a good number of the spring homebuyers pretty much have cabin fever. In the months leading up to their homebuying stint, they’ve spent hours and hours thinking about moving in the coming year. They know they don’t want to move during the school year.

Thus, their conclusion is the late spring or early summer is ideal for homebuying because:

• It’s not winter anymore, so they don’t have to worry about braving the cold to see new houses.

So, if you’re really into selling your home fast, these homebuyers would be your demographic.

Here’s the Reality, Though…

Granted, when it comes to these selling-your-homes tips, we probably haven’t told you anything your real estate agent hasn’t already told you about spring homebuyers.

Now, here’s the thing about selling your home in the fall you probably won’t hear about as much. Not everyone buying a house has children and a school schedule to work around. There are plenty of empty nesters and millennials who don’t have to plan their homebuying activities around the vagaries of a set schedule.

First of all, there is less competition for you as the home seller than there is in the spring.

Think about it this way. If you and all your neighbors and the people six neighborhoods removed from yours are all selling your homes in the spring AND all your homes look similar, what chance do you think you have when selling your house fast in a market like this?

Probably not much, especially if your house doesn’t have much to differentiate it from the other homes for sale around it.

This is where the benefits of selling a home in the fall really become apparent. Right off the bat, you’ll have less competition because the spring home sellers have put their yard signs away and moved away or given up.

Staging Your Home in the Fall

Additionally, the homebuyers in September are often people who are moving for jobs and who want to buy relatively quickly so they can get settled into their homes before the fall holidays roll in. (Cue more apple-pie baking.)

Because you may not have the spring curb appeal, everything you do at this juncture requires you to make your home stand out. Short of saying your home needs to look like a Hollywood movie set, we do recommend making the most of your space.

As previously mentioned, many of the homes for sale are going to look alike, especially if they’re in planned subdivisions. Depending upon the state of growth in these areas, the builder for said subdivision probably already has a staged model home for potential buyers to look at. These staged homes sell more homes.

Take a home sales tip from a builder in this respect. Move everything out of the house that doesn’t lend itself to staging your home, and put it in storage. Then, stage your home like a builder would.

Here’s what your selling-your-home checklist should look like at this juncture:

Get rid of all the clutter.

Not only will this step make your eventual move easier, but it’s also going to improve the visual appeal of your home and the possibility of selling it.

Less furniture means the space will look bigger and brighter, two important considerations for potential buyers. You want to have enough furniture to make it look homey but not so much that your would-be buyers can’t envision themselves moving their own pieces in. This is key.

Set the most important rooms first.

Most real estate agents—55% of them, in fact—will tell you the living room is the most important room in this regard. Next on the list should be your master suite and the kitchen. We’ve been joking about pie, but extras like this can actually make a difference. Flowers make the house look pretty. Pie makes it smell good and homey, which is a particularly nice touch for fall buyers who might be spending their autumn months making pies for the holidays.

Work on the curb appeal.

If it’s early fall, you’re going to have those beautiful leaves, many of which will still be on the trees. They’ll be as attractive to potential homebuyers’ eyes as spring flowers would be. However, as the season progresses, you’ll see more bare trees and dead yards. In light of this, make your front porch inviting. Clean the leaves off the ground. Add a fall pumpkin display. Light the walk with lanterns. You get the idea.

Finally, remember that if people come out to buy homes when it’s cold, they’re probably pretty serious about buying a house. This improves your chances of selling the house dramatically, so make it count when they do show up.

If you think you’re ready to sell your home, why not let us “house” your extra furniture? Reserve a storage unit at StorageMart. We’d love to keep your furniture until you can find a new home for it!

How to Choose the Right Type of Moving Company

Sell Your House Faster With These Simple Changes

How to Make Moving Less Stressful

How to Choose the Right Type of Moving Company

Sell Your House Faster With These Simple Changes

How to Make Moving Less Stressful