Storage Mart > Blog: Life Unboxed > News > How Many Pancakes Can Fit in a Storage Unit?

How Many Pancakes Can Fit in a Storage Unit? 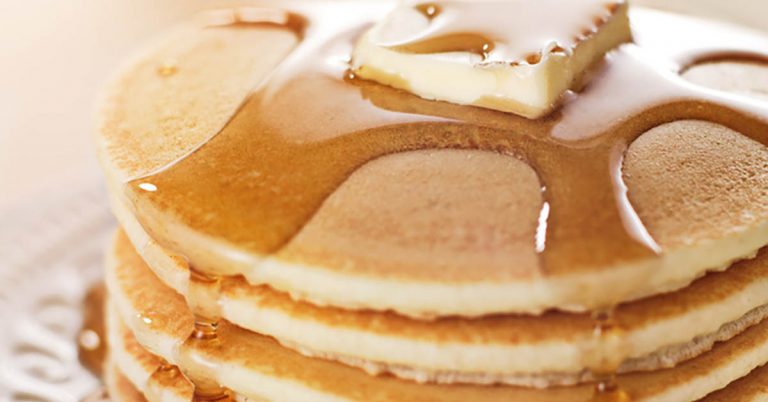 March 4, 2014 has been circled on the calendars of gastronomists everywhere as it marks the confluence of two of the great food days of the year.It’s both Fat Tuesday, the culmination of Mardi Gras celebrations on which people will gorge on one final feast before the beginning of the Lenten season, and National Pancake Day. Pancakes have long been associated with Fat Tuesday as they were one of the best ways to use up eggs, milk and sugar before Lent, but now National Pancake Day is seen an being an almost totally separate recognition of everyone’s favorite breakfast item.

Now it’s important to note you should never keep perishable food items in your storage unit. Being perishable, they simply won’t keep, but they’re also likely to attract pests which can wreck havoc on the rest of your stored belongings.That said, at StorageMart we often imagine what it would be like to fill a storage unit with things you wouldn’t typically put into storage. Which leaves the question…how many pancakes can fit in a storage unit?

Storage comes in a wide-range of sizes, but the most commonly requested and rented unit at a majority of storage facilities measures 10’x10’. The average pancake is six inches in diameter. That leaves us with a layer of pancakes both 20 across and deep, for a total of 400 pancakes per layer.

The average pancake is about ½ inch thick.We advise people to avoid stacking items too high up in their storage unit. Because flying pancakes are less dangerous than falling boxes, we’re going to stretch it a bit and stack our pancakes eight feet high. That leaves us with the space for 192 layers of pancakes.

Let’s do the math. Layers of 400 pancakes stacked 192 high would leave our storage unit filled with 76,800 pancakes. Let’s see IHOP fill that order.

For those watching what they eat, a typical, 6-inch pancake without butter or syrup contains about 150 calories. That means our hypothetical, pancake-filled storage unit contains 11,520,000 calories. Some time on the stair master would definitely be needed after that.