How to Store Comic Books to Keep Their Value 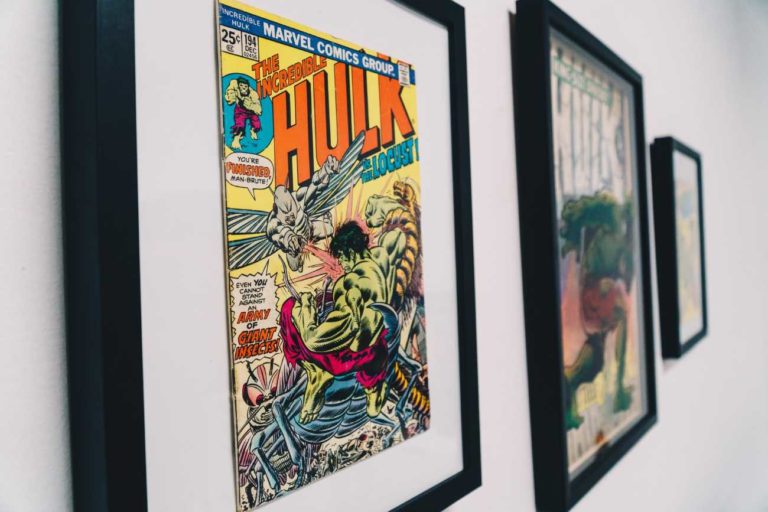 In January of 1977, comic book collector Chuck Rozanski picked up the phone for a remarkably interesting conversation.

A realtor was looking to unload a bunch of old comic books stashed in the basement of a house she had recently sold in Denver. The homeowner, Edgar Church, was near death and his family wanted the home cleared out.

When Rozanski arrived, he found 18,000 comics from the late 1930s to the early 1950s—all in unbelievably good condition. He offered to sell the comics on consignment, but the family wanted cash up front. Rozanski bought the collection for less than $2,000.

Today, the total estimated value of the collection is around $50 million.

Church, who likely had no idea of the value of the collection, took a big chance by storing his comics in the basement. Imagine if his basement had flooded. Or if a hungry rodent had found the collection. Or if a hot or cold spell had wreaked havoc on the paper.

Church also had a bit of luck in that Denver is one of the least humid cities in the United States. If Church had lived in Miami or even the Midwest, the comic books’ value would have been slashed.

So – how can you store your comic books and keep their value? As storage experts, we have some insights that will help.

According to the Comic Book Collecting Association, books from attics are usually tanned and brittle, while books stored in basements are musty with rusty staples.

Here is the best way to store comic books:

How Comic Books are Valued

Founded in 2000, Certified Guarantee Company (CGC) is the first independent third-party comic book grading service. Since it began, it has graded more than 2 million comic books.

Today, a CGC rating is usually given to any comic of value that’s for sale. It represents the condition the comic book is in, on a scale of 1 to 10. A rating of 1 means “fair,” while a rating of 10 means “gem mint.”

It’s easy to keep those comic books in your closet or garage, but it’s almost impossible to guarantee that the weather outside won’t lead to the accelerated deterioration of your beloved collection. If Mother Nature is enemy number one to your favorite adventures, consider a climate controlled self storage as your fortress of solitude. This type of storage unit can regulate the internal temperature of your space, ensuring the items inside are not subjected to wild swings between hot and cold temps. An easy option for storing comic books safely is renting a climate controlled storage unit. which are available in a variety of sizes to accommodate collections of all sizes

At StorageMart, we offer climate-controlled self storage units that can be rented on a month-by-month basis. Check out our Self Storage Calculator to find the perfect sized unit for your comic books and other collectibles that can be damaged by exposure to heat and temperature swings. Easily rent a unit online today for our lowest prices.

Tips for Moving In Together

How To Store Family Heirlooms

Tips for Moving In Together

How To Store Family Heirlooms