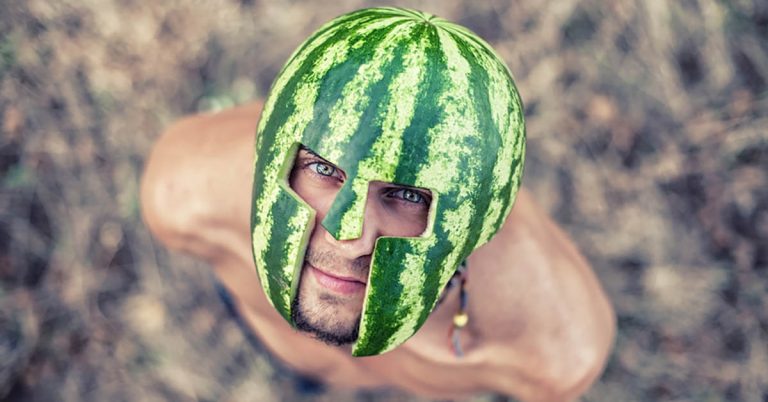 If you happen to see someone wearing a watermelon on their head in Regina, don’t worry. It’s actually perfectly normal when you’re in Rider Nation.

Each year, people from across the province, the country, and even the world make the trek to Regina to take in the Roughriders. That means a trip to Rider Nation.

The best show of support? A green shirt and a helmet made from a watermelon (just make sure you dry it out first).

Part of the Canadian Football League, this team was founded in 1910, although its colors and affiliation has changed many times since then. The team got a new home field when Mosaic Stadium opened in 1917, seating up to 40,000 fans.

This Western Hockey League team plays out of Brandt Centre in Regina. The Pats are the oldest major junior hockey franchise in the world and have continuously operated from the same location.

Part of the Prairie Football Conference, which is a six-team conference in the Canadian Junior Football League. The Thunder’s biggest rivals are the Saskatoon Hilltops.

Part of the Western Major Baseball League, the Red Sox play 10 other Canadian teams throughout the summer, including the Edmonton Prospects, the Saskatoon Yellow Jackets, and the Moose Jaw Miller Express.

At StorageMart, we’re thrilled to be a part of the communities we serve, even if it means occasionally having to wear a watermelon on our head. Go Riders!