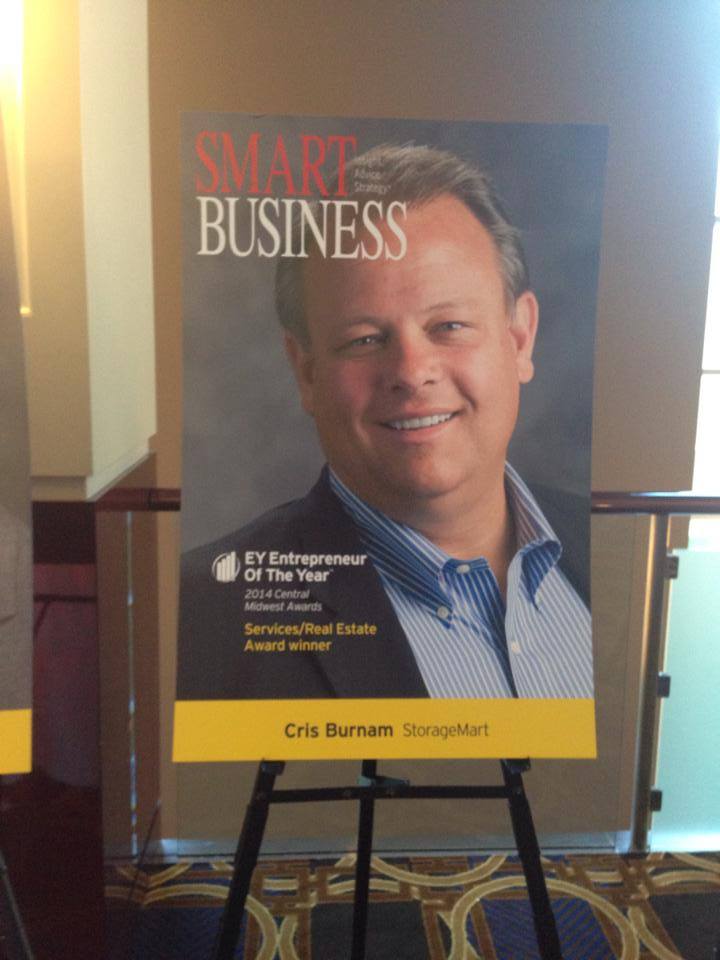 StorageMart Continues to Revel in EY Entrepreneur of the Year™ Announcement

It’s not every day that you get to celebrate with the president of your company, but we got to do just that Monday morning with Cris Burnam. Having returned from a weekend in Kansas City, where he accepted the 2014 EY Entrepreneur of the Year™ Award for the Central Midwest Region, Cris joined us in the break room for a high-spirited party with cake, ice cream, and socializing.

The great thing about Cris is that when you’re mingling with him, he doesn’t talk to you like he’s your boss or the president of an ever-expanding multinational company; instead, he’s extremely charismatic and personable.