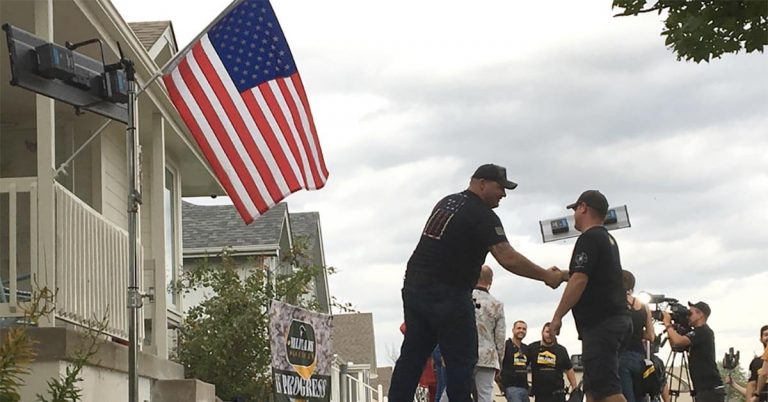 There is no amount of gratitude that can be equal to what veteran’s provide while they’re in the service, but Military Makeover is trying to do their part by repaying those who devoted their life to their country.  Military Makeover is a tv show airing on Lifetime, which is hosted by veteran Montel Williams, and is giving a helping hand to some veterans by completely remodeling their home.  Military Makeover’s goal is to give the veteran and their family a home that they can feel comfortable in and make a home that caters to their needs, especially for veterans who have ongoing medical issues.

The Moyers family is the newest family to be featured on Military Makeover. Matt Moyers served in the Air Force where he suffered injuries like four herniated discs, which causes severe back trauma, and had to have bicep surgery.  He unfortunately also suffers from psychological illnesses like PTSD, depression and insomnia.  The Moyers dream was that the remodel would overhaul the kitchen, update the basement as a hybrid of a workplace and a man cave, and ultimately improve Matt’s ability to sleep.

StorageMart is proud to be partnered with Military Makeover by providing The Moyers with free self storage during their home remodel.

Should PCS Personnel Buy a House?

5 Ways to Honor the Vet in Your Life

Easing the Stress of Moving on Military Children

Should PCS Personnel Buy a House?

5 Ways to Honor the Vet in Your Life

Easing the Stress of Moving on Military Children