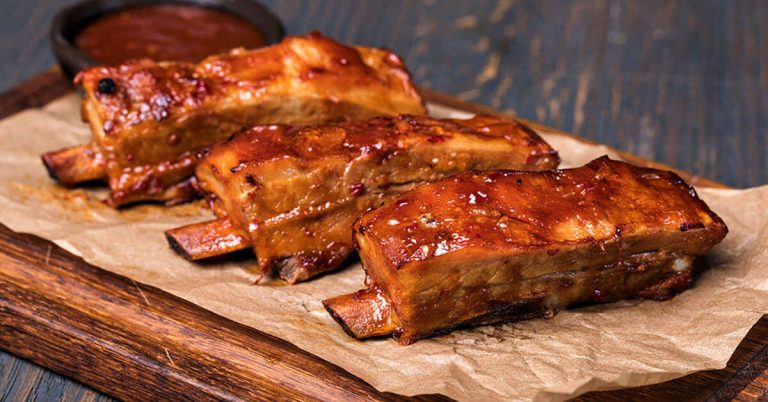 They take barbecue seriously in Missouri. It’s not an afterthought on a menu that also offers steak, fried chicken, and burgers. Rather, it’s the star of the show at restaurants that focus only on barbecue—and do it right. While smaller than St. Louis and Kansas City, Columbia is part of the same great tradition of barbecue. Here are six places to check out.

Don’t bother asking the owners of Como if their barbecue is St. Louis style or Kansas City style. This place embraces its own style when smoking meats daily and preparing homemade sauces. Order The Sampler, which gives you a taste of all Como’s smoked meats, plus two sides and Texas toast.

Using a five thousand-pound smoker, this Columbia BBQ joint goes through more than a cord of hickory wood each week. Try the Sloppy Buck, which is the burnt ends from all the meats chopped, mixed together, and simmered in BBQ sauce,

This restaurant began as a food truck, but now has a brick-and-mortar location with a large patio where you can enjoy both ribs and live music. Owner Lloyd Henry describes his barbecue as “like going out to the disco” thanks to its seasoning.

There are six types of sauce on every table at Bandana’s, so you’re sure to get your barbecue the way you like it. Bandana’s signature smoked flavor is what makes the ribs, pulled pork, and chicken so flavorful. The fresh pie of the day is not a bad way to end a meal, if you have room.

Here’s an appetizer with an identity crises—the BBQ Sundae. It’s features include layers of beans, your choice of meat, and slaw served in a sundae dish and topped with a dill pickle. The real dessert list, FYI, includes fried Twinkies and Oreos. If you’ve got a hankering for some great ‘que, definitely check out Smokin Chicks BBQ in Columbia, Missouri.

At StorageMart , we’re proud to be a part of the communities we serve. And in Columbia, Missouri, we love BBQ! If you enjoy music and great food, come hang out with us at the Roots N Blues N BBQ Festival  from Sept. 28 – Sept. 30!