The Best Vacation Spots in Edmonton 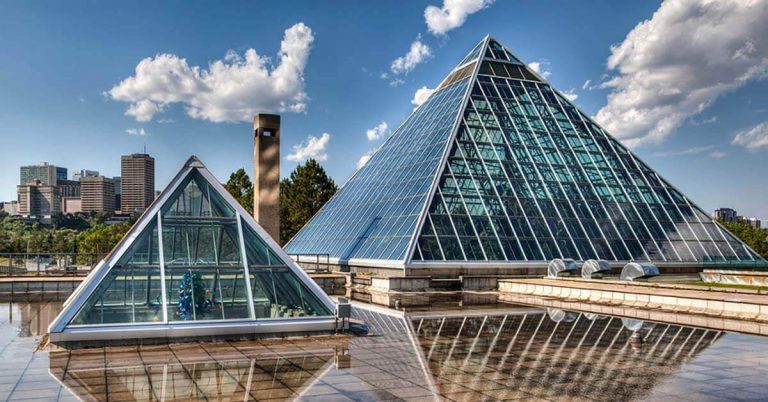 Edmonton is on the rise—it was just named one of the 50 Best Places to Travel to in 2018 by Travel and Leisure magazine.

Much of the buzz in Edmonton is due to the new Royal Alberta Museum, which is set to open this year. But Edmonton is also gaining a rep for its food scene. And, of course, there are also the parks, the history, the culture, and so much more.

The Royal Albert Museum first opened in 1967 and is one of Canada’s leading human and natural history museums. It’s currently in the process of moving to a brand new building in downtown Edmonton—and is scheduled to open in 2018. The new 419,000-square-foot space will include Ice Age horse fossils and a dig pit for children.

This ride into history takes you along the former Canadian Pacific Railway tracks, from Edmonton’s historic Old Strathcona area and across the High Level Bridge into Edmonton’s Downtown.

After stints at top restaurants in Copenhagen and New York City, chef Scott Downey returned to his hometown to open the Butternut Tree last September, with a focus on local foods (the restaurant is named, by the way, for the tree that was in his grandmother’s backyard). How does this sound for dinner? Bison served with Saskatoon berry jus, followed by maple-butter cake with black-currant jam.

The Art Gallery of Alberta

Since its founding in 1924, the museum has acquired more than 6,000 works of art. The strength of the gallery’s contemporary collection is Canadian abstract painting and sculpture. The building itself is a work of art, too. Designed by architect Randall Stout, it boasts a stunning 190-meter steel ribbon juxtaposed against angular windows. .

Located 25 minutes east of Edmonton, this site features more than 35 restored historic buildings brought to life by costumed interpreters portraying the lives of pioneers. Hear the stories of the Ukrainian immigrants who made a significant impact on Alberta’s cultural identity.

Offered by River Valley Adventure, this tour starts with a 30-minute training session. Then, you’ll head out to explore River Valley Parks.

River Valley Parks is a ribbon of green that weaves through downtown Edmonton, including 22 parks, 11 lakes, and 14 ravines.

Just a short drive from downtown, this park is home to—you guessed it—elk, as well as bison and more than 250 species of birds. Kayak on Astotin Lake or just take in the sunset. Even better, spend the night in a TENTik and check out the Northern Lights.

This horticultural attraction features 700 species of plants in four glass pyramids that are climate regulated to replicate the conditions of arid, temperate, and tropical environments. The fourth pyramid features rotating exhibits, including Letters from Europe (April 21 to June 25) and Lost in Space (June 30 to Sept. 16).

At StorageMart, we’re proud to be involved in the communities we serve. If you’re looking for an adventure this time of year, check out Edmonton and the surrounding area. Whether you’re looking for a great meal, great art, or just a great time, you’ll find it here.