Did you know the Red Cross responds to 66,000 disasters every year? 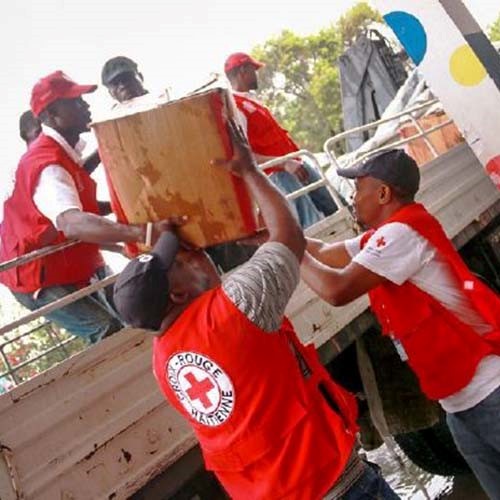 Founded in 1881, the American Red Cross has been one of the foremost charitable organizations leading the way across the United States and world. From their familiar presence providing aide during natural disasters to local efforts installing much needed smoke detectors in neighborhoods around the country, they pursue their mission to prevent and alleviate human suffering every day.

Giving back to the communities we serve is a core mission here at StorageMart and from the beginning we knew a strong partnership with the American Red Cross could help us achieve that goal. Over the years we are proud to have contributed over $178,500 to the Red Cross aiding in a number of their missions.

In honor of National Giving Month, we’d like to highlight a few of their incredible initiatives we have been able to support.

Deadly flooding hit the Louisiana area in August of this year and even months later the Red Cross is still hard at work providing aide to those effected. As of late September, over 4,400 Red Cross workers (mostly volunteers!) helped distribute more than a million meals, nearly 700,000 relief items, as well as provide 74,000 overnight stays to those who could not return home.

“Our disaster volunteers quickly got to work, making sure affected individuals and families had a safe place to stay, food to eat and a shoulder to lean on” said Red Cross President and CEO, Gail McGovern. The flooding in Louisiana is just one of an estimated 66,000 disasters the American Red Cross responds to every year ranging from hurricanes to house fires.

Preventing disasters is equally important to the Red Cross as responding to them. You may not have been familiar with the Home Fire Preparedness Campaign, but their goal is to reduce the number of fire-related deaths and injuries in the U.S. by 25% by 2020.

This starts with identifying at-risk communities, partnering with local leaders, mobilizing volunteers, and spreading the word about the campaign. In a single year, just our affiliates at the Eastern Missouri Regional office were able to install over 6,300 smoke alarms, replace over 500 dead batteries and create nearly 2,700 fire escape plans for families. These are impressive numbers and they are only in their first year of the campaign! Looking forward to continuing to be a part of this life-saving undertaking.

A Red Cross cause especially close to our hearts is helping military families. We are excited to get everyone across our U.S. stores to help participate in the Holidays for Heroes project giving us an opportunity to say thank you to the men and women serving our nation overseas this holiday season.

On Veterans Day we will be creating and signing holiday cards that will be distributed to service members and veterans in December. A huge shout out to the Red Cross for providing us this opportunity to make the greatest impact. For more information on how you can get involved with the Holidays for Heroes project, you can contact sandy.vaughn@redcross.org.

These campaigns represent just a portion of the amazing work going on at the Red Cross. They are also a leading provider of life saving education and certification (CPR training), a leading blood donation organizer, and disaster preparedness advocate.

To learn more about the Red Cross and how you can get involved, check out their website, www.redcross.org.

How to Start a Charity as a Teenager

How to Start a Charity as a Teenager