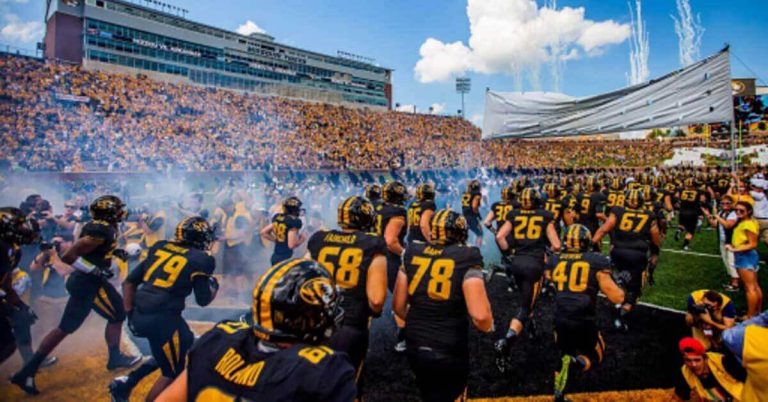 Come to Mizzou Homecoming With All Your Gear

Homecoming Week at Mizzou is a time when fans celebrate their love of Missouri Tigers football. Fans from far and near converge on Columbia Missouri to feed their thirst for anything related to their alma mater. While you may not see famous Missouri alumni such as Sheryl Crow and Jon Hamm grace the homecoming celebration, you can catch up with any of over 300,000 alumni who have a degree from the University of Missouri. Every year, thousands of them come back to Columbia Missouri to express their pride in their school.

Protect and Store all of your Mizzou Gear

When Missouri alumni return to campus for homecoming, they like to don their black and gold to show their pride in their school. Missouri Tigers fans can never have too much school paraphernalia. Many of them even turn their homes into shrines to celebrate Missouri athletics. As they attain more memorabilia, it can start to take up a lot of space. If you find that your home has turned into a shrine for the Mizzou Tigers, it might be time to pack up some of your belongings and put them away until they’re needed again. If you want to free up some of your home’s  space, consider putting the seasonal stuff into a storage unit. With a storage unit, you can even more stuff that you can bring to homecoming at Mizzou.

Another activity that Missouri fans love to take part in at Mizzou homecoming 2019 is tailgating. Missouri football and tailgating go hand in hand and have done so for decades. Who doesn’t love to enjoy a quick meal with friends and family before the big homecoming game? However, along with tailgating parties comes equipment. This could mean a pop-up shade, chairs, a cooler, and a grill. The more you participate in tailgating parties, the more equipment you may find yourself with, whether you’re providing for other people or you just like to be overly prepared. It can be difficult to find space in your home for some of this equipment, especially if you only use it once a year. With one of our storage units, you’ll have a handy place to keep all of your tailgating appliances safe until you need it again.

Your Football Gear Will Be Protected

If you’ve spent time collecting Mizzou football gear or have saved your own gear from the college days, you might still have it around the house. You might want to keep your gear and tailgating equipment safe from any possibility of damage. You never know when damage to your home, such as flooding in the basement, can harm the possessions you have stored away. A storage unit will help keep your Missouri items in pristine condition so that you can get them out when you need them for the Mizzou homecoming parade in 2019. You will not have to worry about such catastrophic occurrences such as a basement flood that would destroy the gear you’ve spent a lifetime amassing.

What You Can Do at Mizzou Homecoming

What are some Columbia Missouri activities you can do around the time of homecoming to help make your trip special? In 2019, Missouri homecoming features a game against rival Ole Miss Rebels. The Tigers have won five contests in a row against their contest rivals, including five consecutive meetings between the teams. It’s important to note that homecoming is not a one-day thing at Mizzou. Homecoming is actually a two-week festival with a run-up to the big game. Before the big weekend, there is a 5K race and a talent show to get Mizzou students and alumni in the mood for the big celebration.

The real fun starts the weekend of the big game. The entire Columbia campus is decked out in black and gold, and decorating the district is one of the official activities on the homecoming schedule. The campus is decorated, and each of the fraternities and sororities adopt a homecoming motif for their houses, showing their Missouri pride.

The night before the homecoming game, Missouri fans can get themselves pumped up by going to the Spirit Rally with the mascot, band, and spirit squad. The day of the game, fans can attend the homecoming parade, which is probably the foremost homecoming weekend event other than the game. You will find flashy cars, great floats, and everything else Missouri for your enjoyment.

All schools in Missouri are known for their epic homecoming celebrations. You can also find much to do to celebrate homecoming at Missouri State University. Homecoming at the University of Missouri goes back more than one hundred years, all the way back to 1911. The tradition first started because the football coach at the time was worried that he would not have any fans in the stands when games first had to be played on campus, so he asked for alumni to “come home” for the game to support the team. The alumni did answer that call and showed up in droves and have been coming ever since then. There is talk that Missouri was the “inventor” of homecoming celebrations, an annual rite that every other school now follows. There is a historical debate over this topic and at least some proof that Missouri is the school that started it all.

Keep all your Mizzou paraphernalia and tailgating gear protected at a storage facility near you today so that you can come to homecoming all decked out!