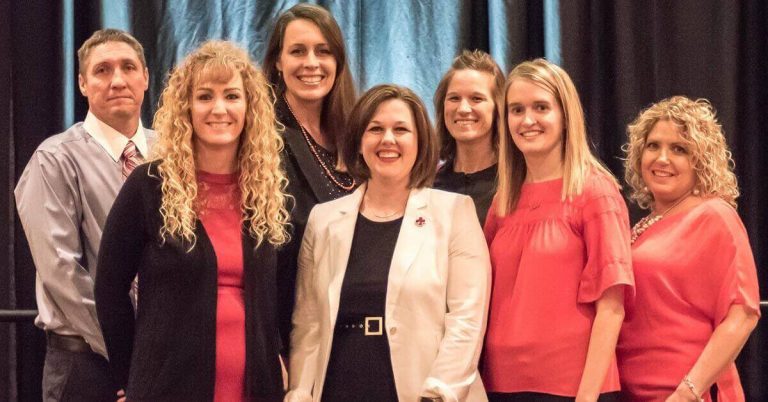 The stories of these local heroes are worth sharing. Here are a few of our favorites.

Hudson hosted a lemonade stand at his house three different times to raise money for Hurricane Harvey victims. He raised nearly $1,000. There was an individual within the community that matched his donation making it $2,000 that was raised in Hudson’s name. Hudson really enjoyed fundraising and raising money for the hurricane Harvey victims. He has received so much gratitude but he’s just happy that he was able to raise the money to help, even just the smallest bit. His mind is already turning to what his next fundraiser will be.

On July 3rd Jason came up onto a wreck in progress. He saw a Jeep flying in the air as the wreck occurred and saw another vehicle spinning. When he saw the Jeep he knew it was Angie’s. Angie and Jason would meet each morning as they went to work and went to school together in California. When he came up onto the wreck Angie was trapped in the car. He ran around the Jeep to make sure it wasn’t on fire which it wasn’t so he decided to get into the vehicle with her and calm her down and keep her awake. She was passing in and out from the pain. He held her hand to calm her down, wiped the blood from her face and checked for cuts. She kept trying to move her legs but they were in such bad condition he told her to remain still. He remain with her until EMS arrived to cut her out of the vehicle. At that time EMS called for the helicopter. Jason stayed with her until the ambulance took her to the helipad to be loaded into the helicopter. He promised Angie that he would call her husband and tell him what happened, which he did.

Ashley was a nurse at the Women and Children’s Hospital when she assisted in the care of a little boy named Grayden. Grayden was born via emergency C-section due to an extreme deceleration of his heart. He had to be resuscitated after birth and began a long road of medical issues. He has gone through seizures, kidney failure, many other diagnoses, kidney removal and kidney organ donation. Grayden at just five years of age already had over 20 surgeries. Ashley was involved in his care from early on. She was the most loving nurse Grayden had. She would bring items in that no other nurse had offered to make him feel more comfortable. Her support to Grayden’s parents was unmatched. Even after many years Ashley continued to show her love and care for Grayden by coming to visit and bringing a gift only someone that has followed him closely would know that would mean so much to him and his family. Ashley is truly a blessing to patients and their families.

StorageMart is proud to be a sponsor for the American Red Cross. We’re proud to support local charities and heroes, and give back to the communities that we’re a part of through our Store it Forward initiative.