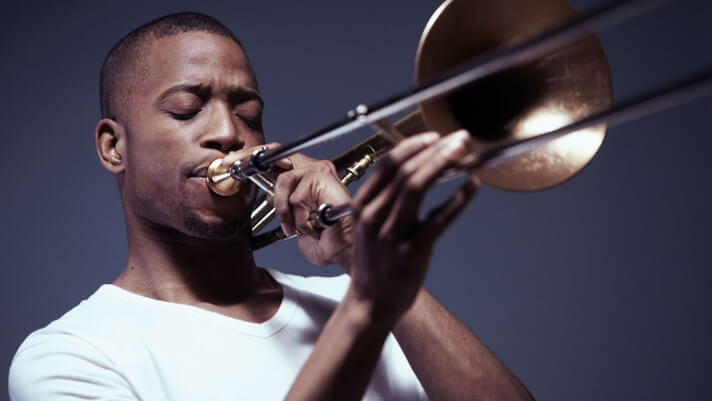 Troy “Trombone Shorty” Andrews has a family full of musicians and began playing the trombone when he was 4 years old. The name “Trombone Shorty” was crafted when he was 8 years old because a club in his hometown of New Orleans was named after him. The club was called “Trombone Shorts.” Andrews created his band Trombone Shorty & Orleans Avenue and began touring with his band in 2009. Trombone Shorty & Orleans Avenue have a unique sound because of their ability to blend genres together. With their brass-band beats they are able to create a hard-edged funk while maintaining the jazz traditions found in New Orleans. Andrews was nominated for a Grammy Award in 2011 in the category of Best Contemporary Jazz Album for Backatown. Another one of his biggest accomplishments was performing at the White House in 2012.

Trombone Shorty & Orleans Avenue are taking over the MO Lottery Stage at 5:45pm on Sunday, September 30. Their high energy brass beats with a mix of jazz, rock, and funk give people something to dance to at all times. Rolling Stone has called Trombone Shorty a “must see act,” and New York Magazine wrote that “Trombone Shorty takes in a century-plus worth of sounds–ragtime and jazz and gospel and soul and R&B and hip-hop—and attacks everything he plays with festive fervor.” It’s been five years since Trombone Shorty & Orleans Avenue have been to Roots N Blues Festival, so it will be a show you don’t want to miss. He will be featuring his newest album Parking Lot Symphony, which was released in April 2017, along with some of his other big hits. To view the entire weekend line-up and purchase tickets visit the Roots N Blues sponsor page on our website.