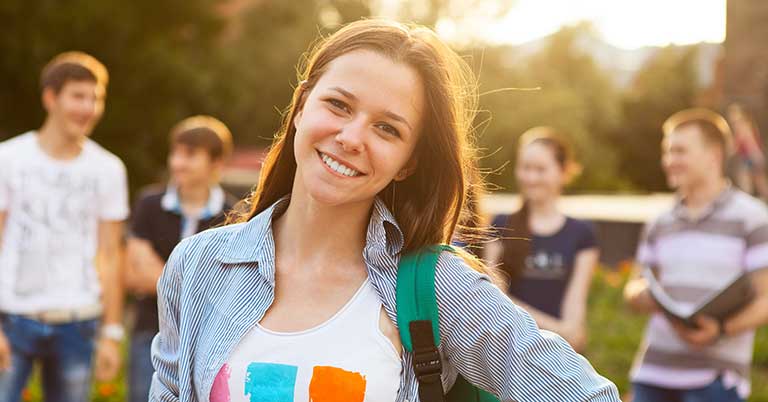 Every college student has that one time of year that seems distant but can sneak up and cause a great deal of trouble. Whether it’s a professor filling you with fear about finals or a hall landlord constantly reminding you that your upcoming move-out day is non-negotiable, the last few weeks of second semester are—to put it lightly—stressful.

Having only just finished my freshman year at Texas Christian University (TCU), I recently experienced this firsthand. However, in late May, I was also able to see my fellow freshmen try to push through these final weeks using some frighteningly common strategies for moving.

Like me, my three other roommates were out-of-state residents. We battled the same tremendous problem of moving everything out of the dorm room while still having to study for the ever-important final exams. Each one of us decided to handle moving out a little differently.

Roommate one was perhaps the roommate with the strongest foresight out of the bunch. He started boxing his things early on the last week of school. This roommate managed to cram eight of his 10 cardboard boxes in his pickup truck, only leaving a couple filled boxes for the already half-full dumpster outside the freshman dorm. For kids with cars, this is the typical way of dealing with the move-out process.

Rather than worry about organization like a lot of freshman students, this roommate of mine came up with the brilliant idea of buying a few large boxes and proceeding to dump (I do mean dump) all of his belongings into the boxes. He then proceeded to ship all he could fit in three weight-limit rivaling boxes back home to Arizona. Now, I’m not sure how large the bill was for this extraordinary feat of shipping prowess, but I do know his mother’s reaction after opening these bottomless 60 pound boxes must have been a few steps short of proud.

This strategy for handling the move-out process is in the running for one of the strangest things I saw during my first year. My poor roommate has a special talent for extreme procrastination that was at its peak during these last few weeks of school. After finishing the last of our finals, our move-out day was upon us. The other three of us had almost finished packing, and my third roommate, as expected, hadn’t yet started!

Hopelessly unprepared for the hall director’s final sweep of our room, he came up with the idea of collecting 50-gallon trash bags and piling all of his belongings into them, tossing out whatever wouldn’t fit. He placed his school supplies with his dress clothes, his lamp with toiletries, and . . . you get the idea. It was a disaster. He ended up carpooling back home to California with his full trash bags in tow.

Your Guide to Summer Storage for College Students

Moving can be stressful, especially when you are a college student new to the experience, which is why I am grateful that my mom flew to my campus to help me cope with the process. She suggested storing things I wouldn’t need until next year in a nearby self storage unit. The packing process was easy, especially since I didn’t have to bring the things that I wouldn’t use until next semester back home.

Finding a self storage facility near campus was easy. I borrowed a car from a friend and within a couple of hours had moved my belongings into my unit at StorageMart. I don’t have to worry about lugging my things all the way back to campus in the fall. The availability of climate controlled units is another plus. I am able to keep things in my unit that I would otherwise have worried about breaking during a distant move.

For example, I stored a record player and speaker system that I look forward to using again next semester. Temperature-sensitive items such as these could become warped or go bad in an unregulated unit but not in an air-conditioned one.

Despite my roommates’ creativity, the end results speak for themselves. Proper planning and care are both important when managing your belongings before a big move, especially if you’re a college student moving home for the summer. Whether you are a parent of a college student or a student anticipating the end of a semester, I suggest reserving a self storage unit at a StorageMart facility near you. Keeping your things in a local self storage facility will make the whole ordeal a lot less stressful, and you can avoid having to resort to the desperate yet comical strategies of my roommates.

Going Greek: What it’s Like Living in a Frat with Self Storage

A College Student’s Guide to Travel

How to Quickly Move Out of a Dorm Room

Going Greek: What it’s Like Living in a Frat with Self Storage

A College Student’s Guide to Travel

How to Quickly Move Out of a Dorm Room