StorageMart Customers Raise $2,000 for United Way at Burlington Self Storage 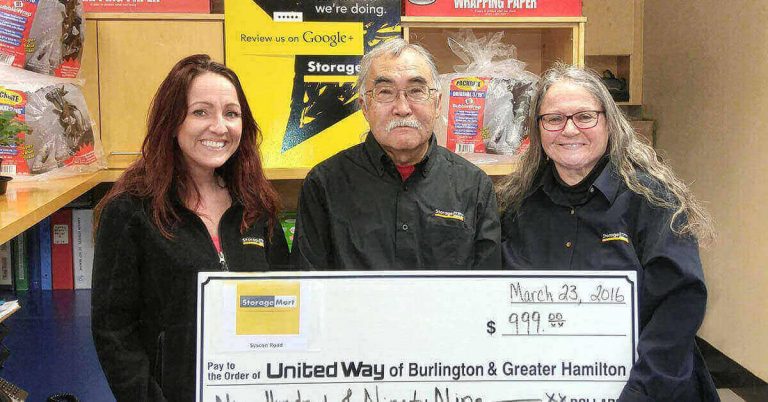 Alice Hayashida is no stranger to self storage nor to raising money for local charities.

Hayashida, a StorageMart manager for eight years, has been raising money for the United Way Burlington and Greater Hamilton for the last three years at her Burlington self storage centre. “It’s a team effort between our customers and corporate which make this a success every year,” she said.

Several tables inside the store are filled with donated items from customers and all proceeds are donated to the United Way. “People donate everything from knickknacks and books to furniture,” said Hayashida, who said that it requires a 10 x 15-foot storage unit to store the sale items. The sale starts in early November and ends on New Year’s Eve.

“We believe in supporting the communities we serve,” explained Hayashida, “and the United Way serves so many smaller agencies who help so many people. It’s a great match locally and one that our corporate headquarters supports too.”

StorageMart has matched the funds raised in Burlington every year. The first year’s total donation was $400 and the second year was $800. “Our goal this year was more than $800 and we this year our total was $999,” Hayashida said. “I thought about donating another $1 to make it an even $1,000 but nine has always been my lucky number!”

You can make a donation today by visiting http://www.uwaybh.ca