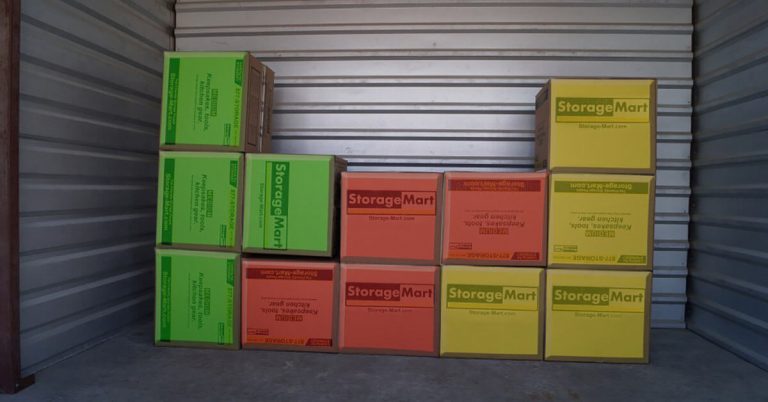 It’s the timeless video game that needs no introduction: with over 170 million copies sold throughout its lifespan, Tetris is ingrained in the minds of people all around the world. We even use it colloquially to refer to the act of manipulating objects to fit into a small area as neatly and snugly as possible in order to avoid wasting space. The more stuff you have, the more important it is to arrange it all carefully.

Those spatial recognition skills that drive a player to success in Tetris are the very same ones that help to properly store one’s stuff in a self-storage unit. It can be tricky to master the limited space in a 5’ x 5’ or 5’ x 7’, and figuring out how to stack everything to maximize vertical space while also leaving any frequently-used items accessible is an even more monumental challenge.

Tetris celebrated its 30-year anniversary on the 6th of June. Since its inception, it’s been converted into a myriad of different formats and devices ranging from computers and arcades to mobile cell phones and handheld game systems. During that time, many records have been set (and subsequently broken), but some players in competition have logged over 12 hours in the same match! Hopefully, you’ve never spent 12 hours arranging your stuff…

StorageMart has only been around for half that time! Since 1999, we’ve been helping people play real-life Tetris with their stuff. Sadly, our version doesn’t have high scores or leaderboards, but it is still rather gratifying to finish arranging everything and see it all fit together safely in a climate-controlled storage unit.